Keeping Up With Hailey

I chose this quote because it shows that even if I have a bad day or get a bad grade on a paper, I have to look at the good in it. I Just think, there is always tomorrow and there is always more papers you can get good grades on.

One day I came to school and I was having a bad day. First I had band and I accidentally dropped my instrument and it landed on my foot. I have a trumpet and I don’t know if you think they are heavy but they are. But the good thing is, is that I didn’t put a dent in my trumpet, and my trumpet was 300 dollars.

I had another bad day once, I was studying almost all night for a test. The next day I woke up and got everything ready for school, my Mom dropped me off and I started class. By third period I was ready to take the test. When I got the test I was shocked because I studied the wrong page! I knew I was going to get a bad grade and when I got my test back, sure enough I got a F But, the good thing is, is that it was my first grade of the nine weeks and I have A LOT more papers to do and by the end of the nine weeks I should have a good over all grade.

The mountain
Thousands of years old 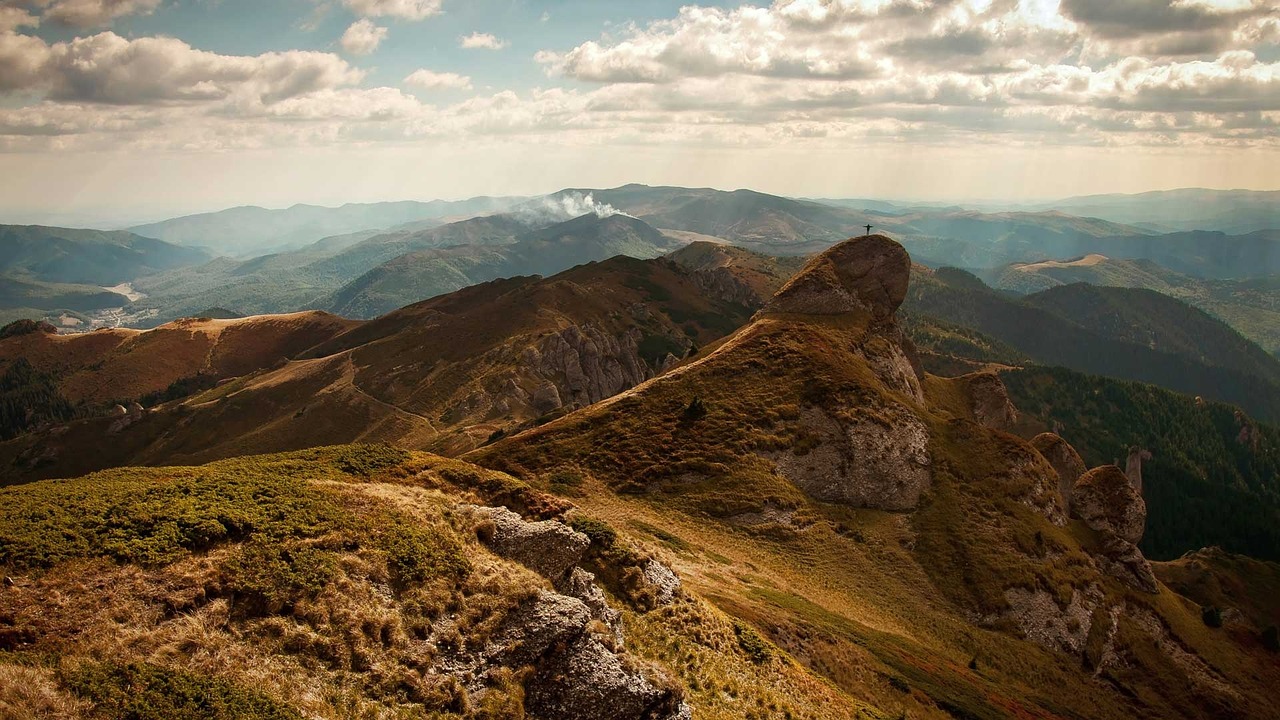 High in the baby blue sky
With clouds pearly white

Michael Joseph Jackson  was born on August 29, 1958. His father was Joe Jackson and his mother was Katherine  Jackson. Michael was the eighth out of ten children in an African-American working-class family who lived in a two-bedroom house on Jackson Street in Gary, Indiana. Michael grew up with three sisters Rebbie, La Toya and Janet. Also five brothers Jackie, Tito, Jermaine, Marlon, and Randy. Michael had a sixth brother but he died shortly after birth.

A few years later,  Michael, Marlon, Jackie, Tito and Jermaine work together and make a band, The Jackson 5. At first, their father does not approve, but later changes his mind and manages the band. Michael sings lead vocal on most of the songs that they perform. From 1966 to 1968 the band toured the Midwest, singing and performing in theaters and clubs. The Jackson 5 also performed at local auditoriums and high school dances. The group’s sales began declining in 1973, but they continued to score several top 40 hits, including the top five single “Dancing Machine”, before the group left Motown in 1975.

After a few years of singing songs and performing on stage, Michael leaves The Jackson 5 and starts his solo career. Michael first starts his solo career by singing “Ben” and it becomes Michael Jackson’s first number one single. Over the years he sang a lot of  songs like: Thriller, Beat it, Smile, Scream, Black or White, and more. With a total of  217 songs and 8 albums, he earns a record eight Grammy’s and more than 150 gold and platinum awards. Michael Jackson invented the Moon Walk while performing on stage to his song ” Billie Jean “. He was also inducted into the Rock and Roll Hall of Fame as a solo artist in 2001.

Later on, questions come about Jackson’s changing appearance, and some wonder if the singer has had plastic surgery. It was clear that the shape of his face was changed along with his skin tone. Although Michael was diagnosed with a skin disorder, Vitiligo, it was pretty clear that his skin had been bleached. At some point in the 1990’s, Jackson had become dependent on prescription drugs. Drug dependence means that a person needs a drug to function normally. He realized that he didn’t want to take these drugs so he went into rehab. While preparing for comeback concerts scheduled to begin in July 2009, Jackson died of  intoxication after suffering cardiac arrest. 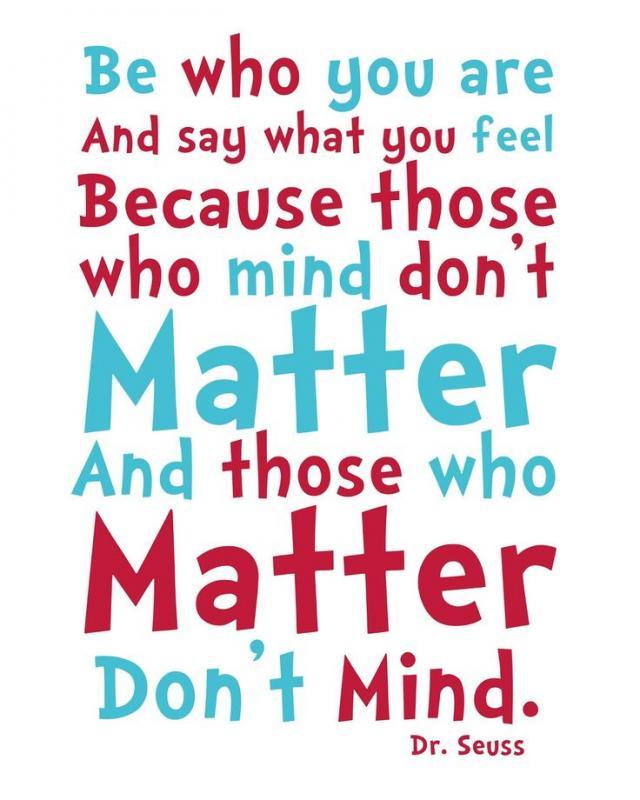 “Be who you are and say what you feel, because those who mind don’t matter and those who matter don’t mind.”

My inspirations are my parents. They have taught me a lot of things in my life like riding my bike, swimming, snowboarding, tying my shoes, and even doing a front flip on my trampoline. Some of the moments in my life are very special because of my parents.

On my first day of kindergarten my Mom and I  walked down my driveway to the bus and she told me to do my best and to not worry about mean kids. That inspired me because I wanted my parents to be proud of me and I wanted them to know that I was doing good in school.

When we first got our pool my Dad taught me how to swim and I remember him telling me “keep your head above water”. I went under and he caught me. That inspired me because of what he said. I feel like he was telling me to keep trying and to never give up.

I have a 3DS a Ipod, a Iphone, a Wii U and a computer.That gives me a lot of games to play. But I have a few games that I like the most. The first game is Minecraft.  I’m sure that most of you know what Minecraft is but for the ones who don’t, Minecraft is a really cool game and you get to build your own house also mine for gold or diamonds. If you want to play with other people you can always make your own server or get on a server. I like to play Minecraft with other people so I get on servers. My favorite server is Mineplex. Mineplex is a mini game server meaning it has a lot of fun mini games to play.

My second favorite game is another online game and you get to play with people all around the world, Transformice. Transformice is a game where you are a mouse and there is one or two Shamans. A Shaman is basically the leader of the mice. He or she builds bridges and summons other stuff  like balloons or boxes to help the other mice to get the cheese and back to the mouse hole. As you keep gathering cheese it goes into your balance and you can use cheese to buy stuff in the shop to customize your mouse. You can also get skill points by leveling up and you can use skill points to learn new stuff and summon new things to be a better shaman.

My third  favorite game is also a online game it is called Animal Jam. Animal Jam is a game where you can choose your own animals and play with people all around the world. You can also choose from a variety of different colors from red to black and patterns from hearts to swirls. You can play many different games and earn Gems to buy stuff in the shop for your animal like hats and shoes. It sounds funny but its actually really fun. Every Monday there is a Monday Rare and you never know where it will be found. It could be in different shops. There are many different animals and adventures you can do to also earn gems and level up your animal.

The first day I made a blog called Keeping Up With Hailey and you might ask why I called my blog that, well I really didn’t know what to call my blog so I just based it off of a show that I watch, Keeping Up With The Kardashians. I really don’t watch it that much, it just popped into my head.

Every day me and the other people in my class come in and sit were we are assigned to. Then we get on the computers and log our reading. After that are teacher, Mr. McGuire usually calls us to “The Circle” and basically that just means we turn our chairs around to face the center of the room (where Mr. McGuire’s desk is). Then Mr. McGuire assigns a blog topic for us to do or we get on Rags To Riches. Sometimes we also read, but we usually don’t do it that often in his class. After we do that Mr. McGuire calls us to “The Front” that means to move are chairs to face the wall where the projector is. Then we sing a song or two.

Right now we are doing 10 blog posts in 10 days and this is one of them.

My red and white Husky is a girl and her name is Julie, she is 6 years old and she is the mom of Max. She had a litter of puppies just a few months ago and they were all so cute! She loves to roll around in the snow when its cold and snowy out and sometimes she even eats it.

My horse is a boy and he’s a Mustang. His name is Montana and he is sort of a brownish blondish color. You can not ride him and he’s blind in one eye. He lives with two cows in my field.

Lats but not least my rabbit, he is a Lion head and he is a boy. I got him at a flea-market and his name is Rusty because of his color.

That one girl, who is funny and has good grades, she is always nice to everyone, and she has brown curly hair. She always makes me laugh and she’s really pretty. She always wears really nice clothes. She is in 6th grade. That one girl that will always cheer you  up when your down and will always wait for you in class. The one who helps you with social studies homework. The one who is in a group called the Fab Four in science. Its hard to explain everything about her because she is so unique. The one who sits by you at lunch and always has some sort of funny face to make. That one girl who Face-Times you and texts you a lot. That one girl who is always there for you.

I picked a song called Here by Alessia Cara, I picked this song because  it has a really good message and it relates to me. The message is about a girl and shes at a party because her friends are and she does not want to be there. She describes all of the people that she sees and what they are doing, like this sentence “Ill be here with this boy who’s hollering I can hardly hear” and “Right next to the boy who’s throwing up cause he can’t take what’s in his cup no more”

This song relates to me a little. I like to go to party’s but  they get a little boring after a while. Sometimes I really only go to a party because of my friends, like this song. One time I went to a party and I had fun at first but then it got kind of boring because there was nothing else to do but dance and talk.

At the first part of the song someone says “I guess right now you’ve got the last laugh” who is this person and why would they be saying that? My thought was that it was Alessia’s boyfriend in the song and maybe they broke up and she went to this party without him. Alessia says ” I don’t dance, don’t ask, I don’t need a boyfriend” that might mean she broke up with this person and she doesn’t want to be at the party.

Search all of my posts!